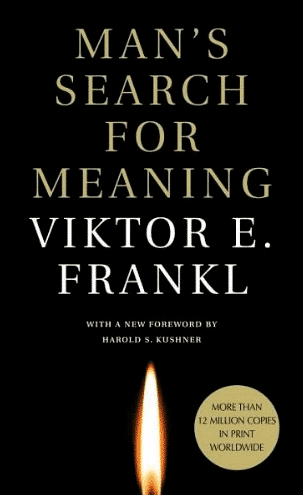 Internationally renowned psychiatrist, Viktor E. Frankl, endured years of unspeakable horror in Nazi death camps. During, and partly because of, his suffering, Dr. Frankl developed a revolutionary approach to psychotherapy known as logotherapy. At the core of his theory is the belief that man's primary motivational force is his search for meaning.Man's Search for Meaning is more than a story of Viktor E. Frankl's triumph: it is a remarkable blend of science and humanism and an introduction to the most significant psychological movement of our day.

Viktor E. Frankl was professor of neurology and psychiatry at the University of Vienna Medical School until his death in 1997. He was the founder of what has come to be called the Third Viennese School of Psychotherapy (after Freud's psychoanalysis and Adler's individual psychology)—the school of logotherapy.

Born in 1905, Dr. Frankl received the degrees of Doctor of Medicine and Doctor of Philosophy from the University of Vienna. During World War II he spent three years at Auschwitz, Dachau and other concentration camps.

Dr. Frankl first published in 1924 in the International Journal of Psychoanalysis and has since published twenty-six books, which have been translated into nineteen languages, including Japanese and Chinese. He was a visiting professor at Harvard, Duquesne, and Southern Methodist Universities. Honorary Degrees have been conferred upon him by Loyola University in Chicago, Edgecliff College, Rockford College, and Mount Mary College, as well as by universities in Brazil and Venezuela. He was a guest lecturer at universities throughout the world and made fifty-one lecture tours throughout the United States alone. He was President of the Austrian Medical Society of Psychotherapy.