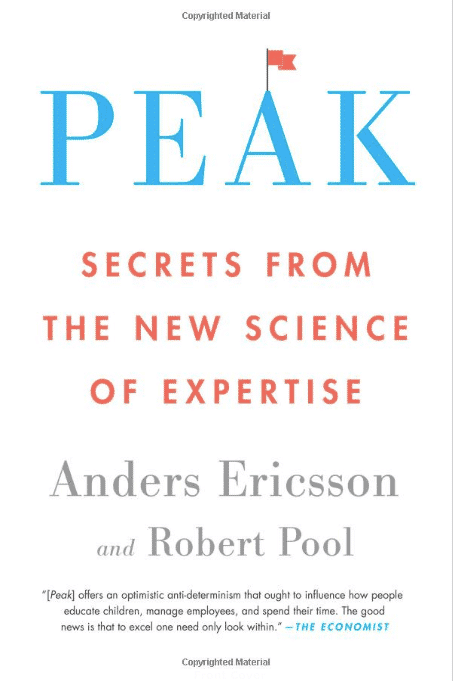 Peak: Secrets from the New Science of Expertise

From the world's reigning expert on expertise comes a powerful new approach to mastering almost any skill.

Have you ever wanted to learn a language or pick up an instrument, only to become too daunted by the task at hand? Expert performance guru Anders Ericsson has made a career of studying chess champions, violin virtuosos, star athletes, and memory mavens. Peak condenses three decades of original research to introduce an incredibly powerful approach to learning that is fundamentally different from the way people traditionally think about acquiring a skill.

Ericsson's findings have been lauded and debated but never properly explained. So the idea of expertise still intimidates us - we believe we need innate talent to excel or think excelling seems prohibitively difficult.

Peak belies both of these notions, proving that almost all of us have the seeds of excellence within us - it's just a question of nurturing them by reducing expertise to a discrete series of attainable practices. Peak offers invaluable, often counterintuitive advice on setting goals, getting feedback, identifying patterns, and motivating yourself. Whether you want to stand out at work or help your kid achieve academic goals, Ericsson's revolutionary methods will show you how to master nearly anything.