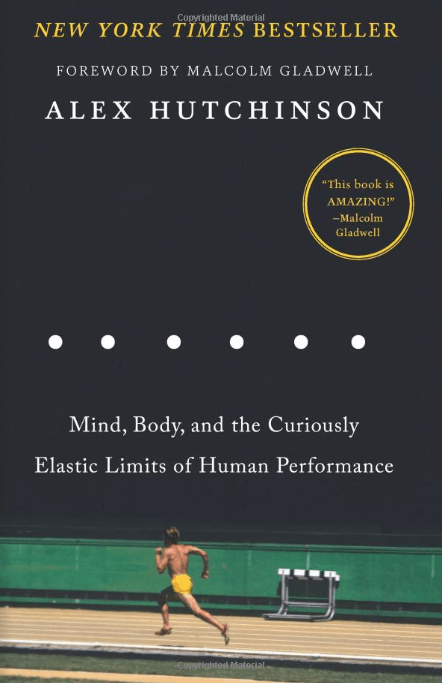 Writing from both the cutting edge of scientific discovery and the front-lines of elite athletic performance, National Magazine Award-winning science journalist Alex Hutchinson presents a revolutionary account of the dynamic and controversial new science of endurance.

The capacity to endure is perhaps the key trait that separates champions and determines great performance in any field - from a 100-meter sprint to a 100-mile ultramarathon, from summiting Everest to acing finals. But what if everything we've been taught about endurance was wrong? What if we all have more potential than we think to go farther, push harder, and achieve more?

Blending cutting-edge science and gripping storytelling in the vein of Malcolm Gladwell - who forewords the book - Hutchinson reveals that a wave of paradigm-altering research over the past decade suggests that the seemingly physical barriers you encounter are mediated as much by your brain as by your body. But it's not "all in your head." For each of the physical limits that Hutchinson explores - pain, muscle, oxygen, heat, thirst, fuel - he carefully disentangles the delicate interplay of mind and muscle by telling the riveting stories of men and women who've approached (and sometimes surpassed) their own ultimate limits.

As the longtime "Sweat Science" columnist for Outside and Runner's World as well as a frequent contributor to The New Yorker and New York Times, Hutchinson draws on his background as a former national-team long-distance runner and Cambridge-trained physicist. But the lessons he draws from traveling to labs around the world and trying out new endurance-boosting techniques like electric brain stimulation and brain endurance training are surprisingly universal. Endurance, he writes, is "the struggle to continue against a mounting desire to stop" - and we're always capable of pushing a little farther.